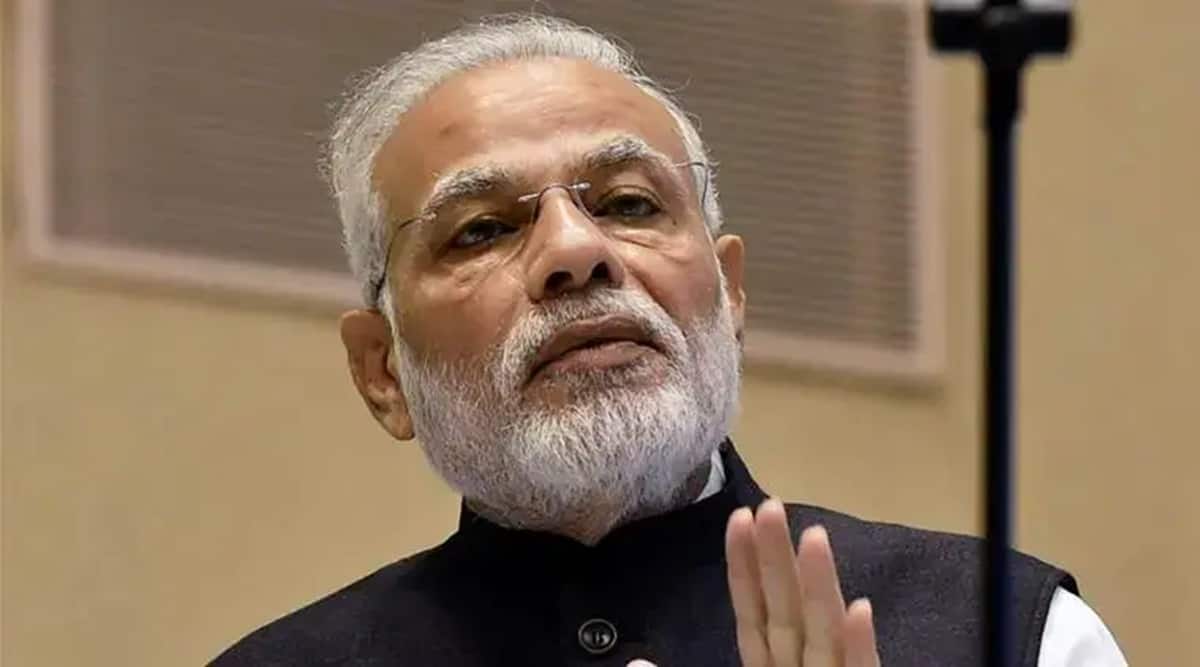 Launching a special series of coins that are ‘visually-impaired friendly’, Prime Minister Narendra Modi on Monday said it is necessary to focus on making domestic banks and currency an important part of the international supply chain and trade.

Inaugurating the week-long events by the ministry of finance and corporate affairs as part of ‘Azadi Ka Amrit Mahotsav (AKAM)’, to celebrate 75 years of independence, Modi released a special series of Re 1, Rs 2, 5, 10 and 20 coins. The coins will have the ‘AKAM’ design but are not commemorative coins and will be part of the circulation.

“Earlier it was the responsibility of the people to go to the government for availing benefit of the schemes. Now the emphasis is on taking governance to people and free them from the rigamarole of doing rounds of different ministries and websites…this portal will improve the lives of students, farmers, businessmen and MSME entrepreneurs, and will help them in realising their dreams,” Modi said.

He said that the government is focused on simplification in reforms. “GST has now replaced the web of many taxes at the Centre and the states. The country is also seeing the result of this simplification,” he said, adding that it has become normal for the GST collection to cross Rs 1 trillion every month.

Modi said greater emphasis has been laid so that youth can easily open the company of their choice, set up their enterprises easily and run them easily. “Therefore, by reducing more than 30,000 compliances, abolishing more than 1,500 laws, decriminalising many provisions of the Companies Act, we have ensured that the companies of India not only grow but achieve new heights,” he said.

Speaking on the occasion, finance minister Nirmala Sitharaman said: “Jan Samarth is part of the Prime Minister’s Seva of the common people for enabling and facilitating the common citizen.”