The Goods and Services Tax was hiked for numerous items after the GST Council took up the recommendations aimed at “ironing out inconsistencies” in the structure. The GST Council decided to raise levies on a host of items, including ink, pencil sharpeners, cutlery, LED lamps, power-driven pumps, and dairy, poultry and horticulture machinery.

Rate on job work related to manufacturing of leather goods and footwear has been raised to 12% and rate on works contract for roads, bridges, railways, metro, effluent treatment plant, crematorium being increased to 18%.

The rate changes recommended by the GST Council will be effective from July 18, 2022. 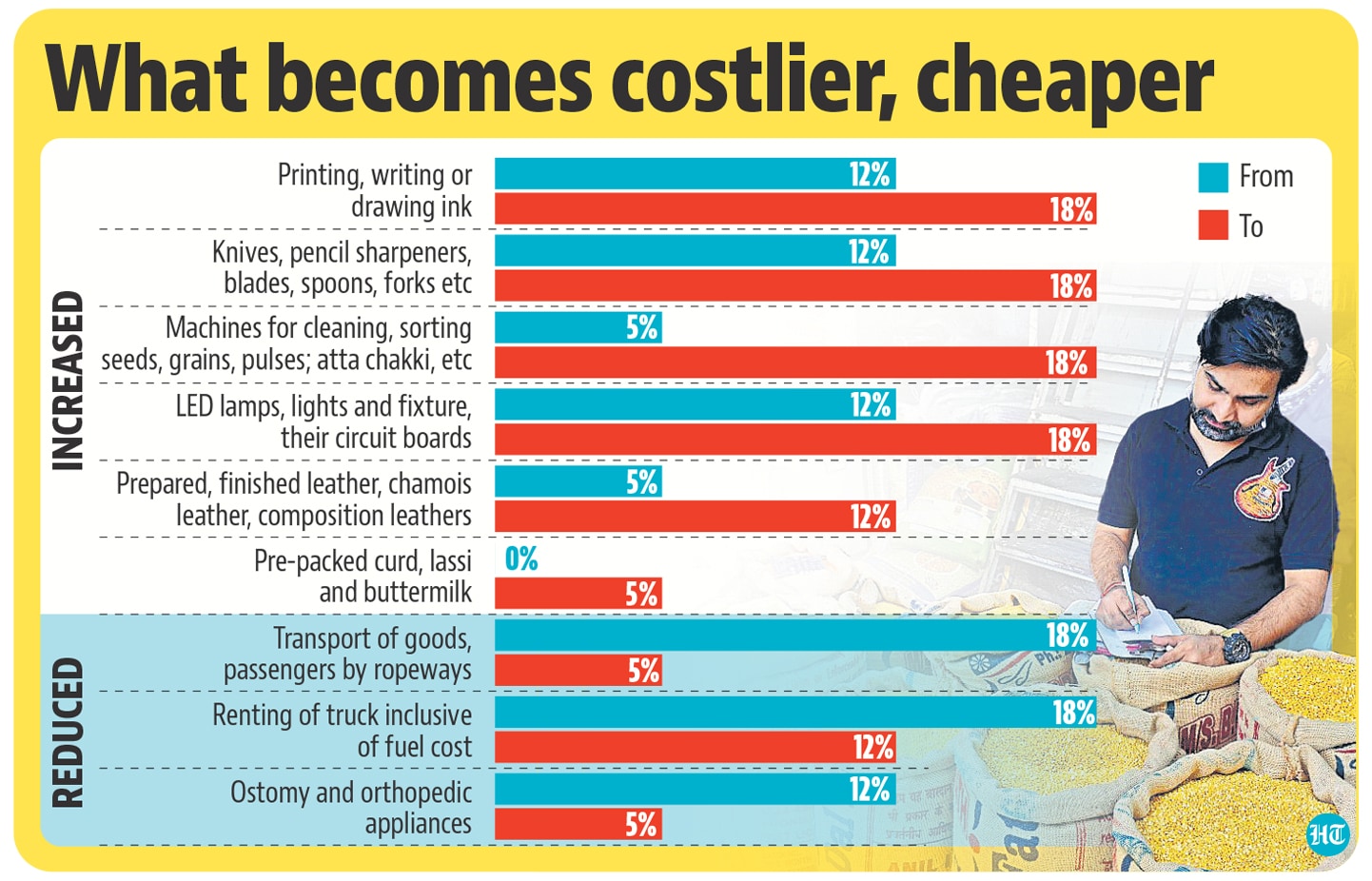 However, a proposal to levy 28% GST on casinos, online gaming, horse racing and lottery was deferred, Union finance minister Nirmala Sitharaman said after the two-day meeting of the council.

“Following Goa’s request for special treatment for casinos, it was decided that GoM will give one more hearing for online games and horseracing as well; the GoM will submit the report by July 15 and GST Council will hence meet again on this GoM’s agenda in 1st week of August”, said the finance minister.

States seeking an extension of the guaranteed compensation period were unable to make any headway at the meeting. Sitharaman said that states wanted compensation to be continued for a few years, if not for five more years. She added that a Group of Ministers will be constituted to address various concerns raised by the States on GST Appellate Tribunal and amendments in CGST Act.